Today, we are going to learn how to play a popular Chinese board game – Chinese Chess! It actually bears some resemblance to the western game of chess you may be used to, but with a few key differences such as a river running down the middle of the board and placing the pieces on the intersections of the lines rather than the squares. The game is designed to resemble the battle between two opposing armies, with the ultimate goal being to kill the other team’s general.

A game called xiang qi first emerged during the Warring States period (475-221 BC) in China, however the rules and gameplay bear no resemblance to the modern day game and so the origin of Chinese chess is usually said to be in the Tang dynasty (618-907 AD) instead. It particularly grew in popularity during the Qing dynasty (1644-1912 AD) and is still one of the most popular board games today. You will often find locals playing in small parks or street corners, while there is also an international league with professional players representing countries from all around the world!

How to Play Traditional Chinese Chess

Chinese chess is played on a simple 9 x 10 board which uniquely has a “river” running through the centre. Players start with their pieces arranged along their side, then take turns to move one piece at a time – with the ultimate goal being to kill the other team’s general.

There are many similarities to western chess, for example some of the pieces are the same. The main differences are that the pieces are placed on the intersections between the lines, rather than inside the squares, and there are restrictions on which pieces can cross the river or move inside the fortress.

If you do not have a Chinese chess set at home don’t worry – you can also play xiang qi online here (with a random opponent) or here (with your Facebook friends), or on various phone apps!

At the start of the game, each player places their pieces on the board as shown on the right. Red usually starts, then they take turns to move one piece each go.

You can capture your opponents’ pieces by landing on them, with the ultimate goal being to kill the enemy’s general in order to win the game. 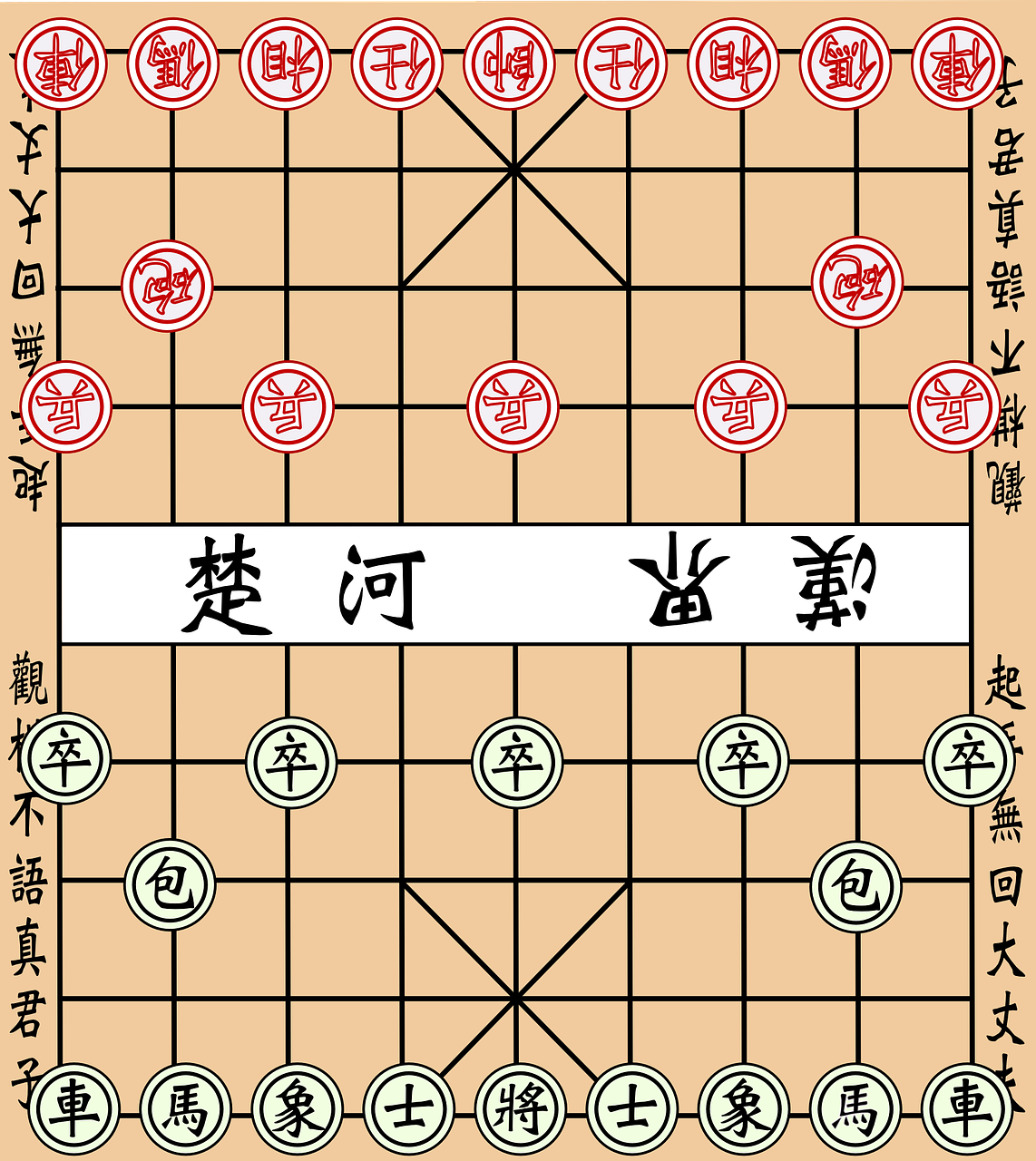 Apply now for the Homestay Tutor program – a language exchange program combining English tutoring with experiencing the local culture, studying the language at a professional language school, and exploring China!